This panel is for visualizing the information collected and/or predicted for the submitted protein. 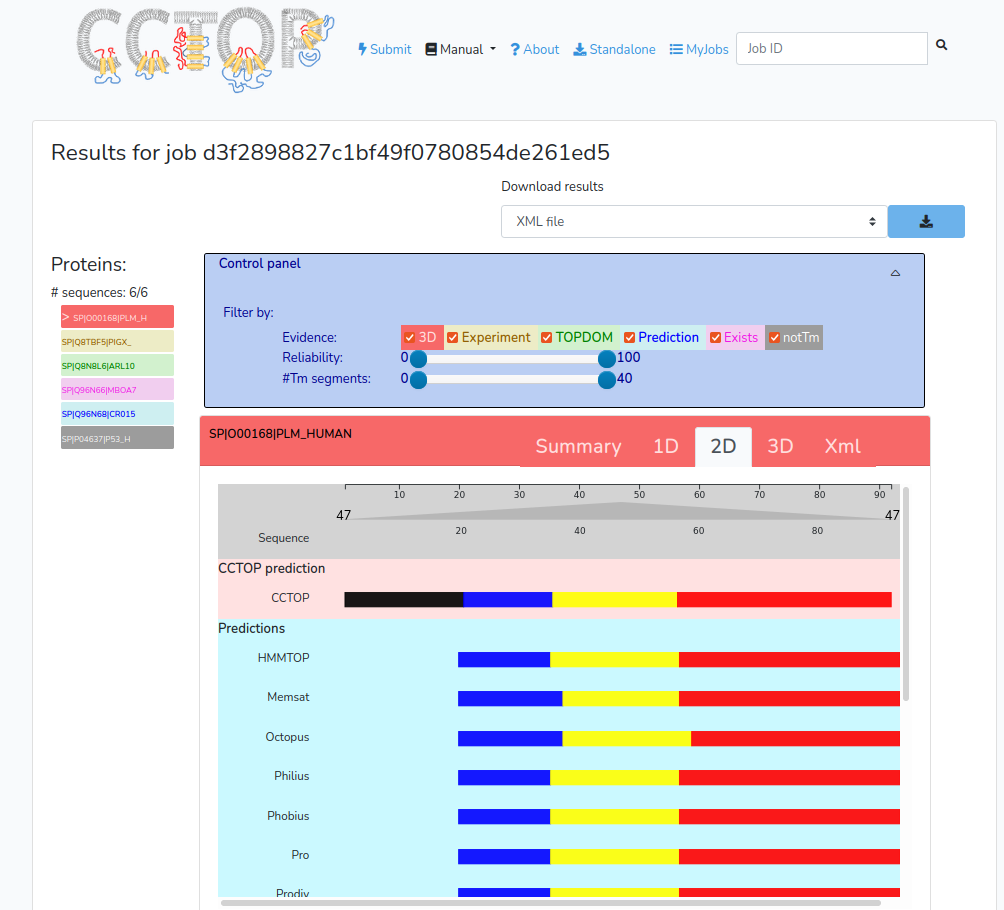 On the left side all prediction results are listed and colored according to their evidence level. Color explanation and various filtering options is available at the top of the page. Clicking on any protein on the list brings up the results panel with different panels.